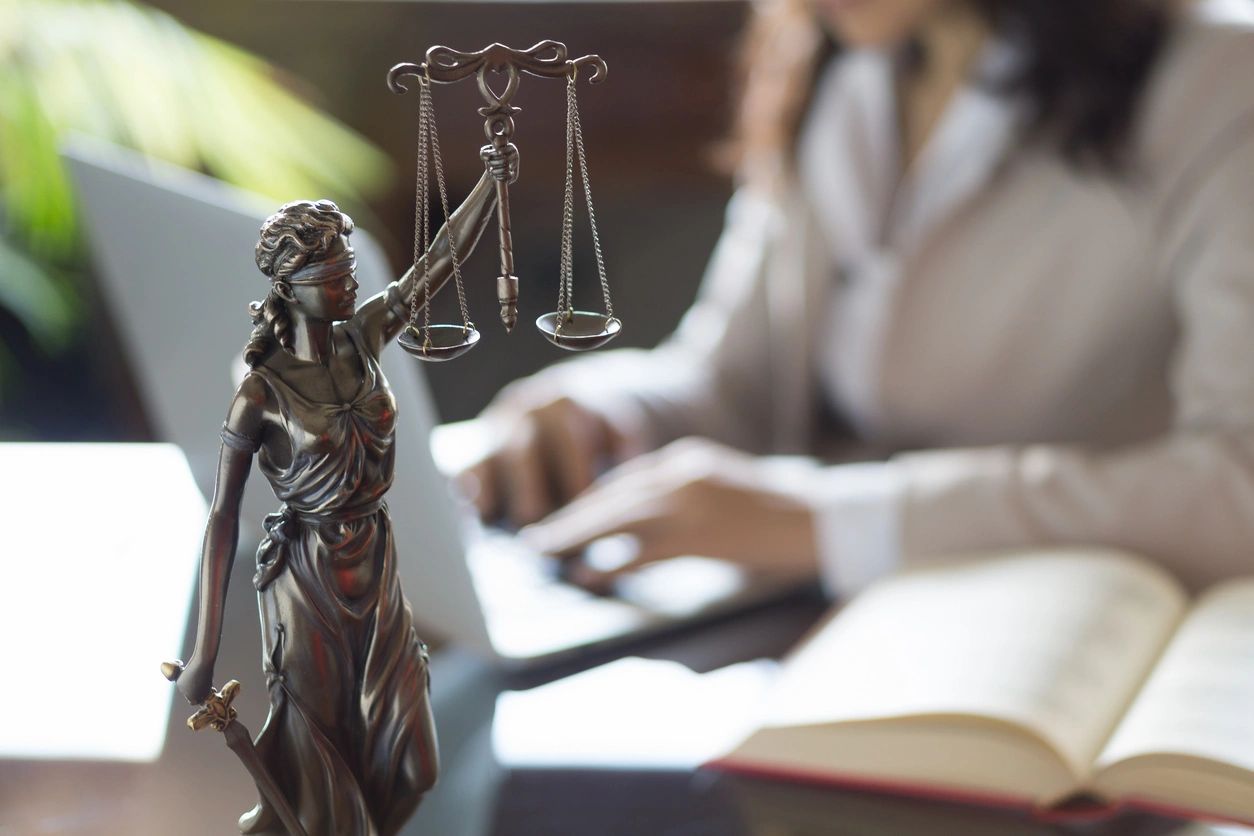 A definition in the 1970s of the educationally handicapped as “persons with difficulties and disadvantages derived primarily from physical causes,” as distinguished from “the mentally, emotionally, socially, and economically handicapped,” is remarkably outdated, as the scope of what is recognized as an educational disability has undergone a significant expansion in the last fifty years, along with a broadening of the concept of how these disabilities should be addressed.

There are two distinct periods in the education of the disabled in America (with perhaps a third starting a few years ago): from colonial times until approximately 1970, and from the early 1970s forward, during which time much of what is currently perceived to form the substance and procedure of special education rapidly developed. One representative indication of this explosion in the education of the disabled is the change in terminology from “handicapped” to “disabled,” a result of amendments to the federal legislation that has come to define much of special education. This change reflects the belief that “handicapped” has historically been a demeaning term and that “disabled” more precisely identifies the population in question.

The earliest approaches to the education of the disabled in America—during colonial times and for some time thereafter—had little to do with education and more to do with management. Overtly physically or developmentally disabled children were either cared for by individual families or excluded from local society. For example, a 1691 New York act included the mentally challenged among the “Vagabonds and Idle persons” it sought to “discourage.” In 1773, New York passed a law permitting the denial of settlement to the mentally ill or retarded or, if they were already residents, compelling their families to see to their care. By the early nineteenth century, institutions for the “feeble-minded” were established, once again more as a segregating social management tool than as a means to educate independent citizens.

From the early nineteenth through the mid-twentieth century, a number of movements arose that offered more educational approaches for specific disability groups, although often in isolated settings. Meaningful deaf education began in 1817, with the founding of Thomas Gallaudet’s private school in Hartford, Connecticut, and was extended by the founding of the first state school for the deaf in Kentucky in 1823, and the eventual proliferation of schools throughout the East and Midwest. In 1864, the first higher education institution for the deaf, the National Deaf-Mute College, now Gallaudet, was federally funded. Additional educational services for the hearing-impaired were developed through the much-publicized efforts of Samuel Gridley Howe and Alexander Graham Bell.

Similarly, educational opportunities for the blind and vision-impaired were established throughout the nineteenth century. Howe founded a private school for the blind in Boston in 1832, soon to be followed by others, all residential. Public day programs for the blind were instituted in Chicago in 1900 and New York in 1909. With the services of the American Printing House for the Blind, Congress and the states began funding local facilities for the blind, often library services, as early as 1868.

In somewhat of a contrast, the education of the developmentally delayed or behaviorally impaired was still more a function of social management. Mentally retarded children in Pennsylvania could be removed from their families to private schools pursuant to an 1852 appropriation, and in New York, early public school classes for “unruly boys” (begun in 1871) served only to segregate “problem” children from the mainstream and made no attempt to remediate learning difficulties.

By the early twentieth century, more emphasis was placed on effective education for the disabled, as evidenced by the passing of mandatory special education laws in New Jersey, Massachusetts, and New York. In 1915, Minnesota was the first state to enact special education teacher certification requirements, and Pennsylvania and Oregon instituted intrastate cooperative agreements for meeting the needs of educationally exceptional students. However, during the 1930s, this trend was significantly curtailed by the Great Depression. It was not until the 1970s that scientific and pedagogical advances and the expansion of civil rights theory combined to literally rewrite the very definition of the education of the disabled.

Building directly on the Supreme Court’s 1954 decision Brown v. Board of Education of Topeka, Kansas, coalitions of advocacy groups for the disabled turned to the federal courts for recognition and definition of special education rights. They primarily based their claims on the equal protection and due process clauses of the U.S. Constitution, the same legal mandates that had ended “separate but equal” education based on race.

In two landmark decisions, the Pennsylvania Association for Retarded Children v. Commonwealth of Pennsylvania (1971) and Mills v. Board of Education of the District of Columbia (1972), the concept of the education of the disabled was redefined. Under the equal protection clause (Pennsylvania Association) and the due process clause (Mills), the federal courts recognized the fundamental right of each disabled child in America to attend school, to receive individual educational services at least equivalent to those enjoyed by nondisabled students, and to not be denied educational services without the right to contest that action through due process of law.

Those two Court cases led directly to the Education of All Handicapped Children Act in 1975, which eventually was retitled the Individuals with Disabilities Education Act (IDEA). For the first time, the following components were identified nationwide as prerequisites for the appropriate education of the disabled:

There has been much dispute over the meaning of free appropriate public education. Seven years after Congress passed the precursor to the IDEA, the Supreme Court analyzed the law for the first time in Bd. of Education of Hendrick Hudson Cent. Sch. Dist. v. Rowley. The Court stressed: “[I]n seeking to provide such access to public education, Congress did not impose upon the States any greater substantive educational standard than would be necessary to make such access meaningful.” Therefore, under the IDEA, it was not enough – and never has been enough – merely to offer exposure to a general curriculum. That education must be meaningful.

However, in Rowley, the Court confined its analysis to the facts before it, a student in a general education setting advancing from grade to grade, and consequently provided little guidance for disabled students in other settings. The Court did caution, “The determination of when handicapped children are receiving sufficient educational benefits to satisfy the requirements of the Act presents a more difficult problem.”

More than three decades later, the Court finally addressed that “more difficult problem.” In its March 2017 ruling, Endrew F. v. Douglas County School District RE-1, the Supreme Court rejected a limited view of the IDEA, stressing the importance of providing disabled students with educational programs that lead to actual progress. The Court emphasized that an, “IEP must aim to enable the child to make progress. After all, the essential function of an IEP is to set out a plan for pursuing academic and functional advancement.” The unanimous Court reasoned that, “a substantive standard not focused on student progress would do little to remedy the pervasive and tragic academic stagnation that prompted Congress to act.” Therefore, one key teaching of Endrew F. is to emphasize that progress in both academic subjects and functional life skills is contemplated by the law.

In determining what amount of progress one should expect, the Court repeatedly stressed the needs of the actual child, instructing that the IEP must be, “reasonably calculated to enable a child to make progress appropriate in light of the child’s circumstances” and that the, “educational program must be appropriately ambitious in light of his circumstances.” The Court also emphasized that this determination must result from active parental involvement in the creation of the IEP: “The Act contemplates that this fact-intensive exercise will be informed not only by the expertise of school officials, but also by the input of the child’s parents or guardians.”

Finally, the Court cautioned that while the decisions of school system officials should be respected, that respect has limits particularly when the experts have not applied their expertise and failed to, “offer a cogent and responsive explanation for their decisions that shows the IEP is reasonably calculated to enable the child to make progress appropriate in light of his circumstances.” In other words, warranting the sort of deference traditionally granted to school system officials requires a showing that they have both applied their expertise and adequately justified their decisions.

As we move well into the twenty-first century, the education of the disabled was a heavily funded ($4.9 billion in 2000), national program, primarily concerned with the recognition of educational disabilities in a broad population of students and with individual programming to remediate or compensate for the impact of those disabilities. In contrast to over two hundred years of segregated programming provided largely for social management purposes, its ultimate goal is to enable the productive inclusion of disabled students in American society.

U.S. Department of Education. “To Assure the Free Appropriate Public Education of All Children with Disabilities.” Twenty-second Annual Report to Congress on the Implementation of the Individuals with Disabilities Education Act. Washington, D.C.: Office of Special Education Programs, 2000.

†: From DICTIONARY OF AMERICAN HISTORY, by Michael J. Eig, Gale Group, © 2002, Gale Group Reprinted by permission of The Gale Group.

Some of Our Work and Landmark Cases

Links to State and Federal Law